I own a popular Funny Jokes site and in the past made money from it using AdSense. Unfortunately Google AdSense doesn’t like the racist jokes on the site and have blocked the domain from showing AdSense ads (AdSense banned)!

Was actually AdSense banned due to the racist comments on the Mexican jokes page.

It’s a very sad fact that some of the most popular jokes SERPs are racist jokes SERPS like Black Jokes, White Jokes, Mexican Jokes etc…

I’m afraid we still live in a racist world :-(

The most popular joke page on the site is Black Jokes One Liners and is ranked number 2 in Google for the Black Jokes SERP.

From those visitors 49,522 came from search engines with the search Black Jokes!

Second most popular SERP is White Jokes with 16,711 searches from search engines, followed by 15,170 visitors for Mexican Jokes.

There’s plenty of non racist SERPs from the 44,391 different keyphrases used in May, but the bulk of the traffic is racist jokes SERPs.

As you can see it’s a very popular jokes website, but it’s not suitable for AdSense, even when AdSense was on the site it showed quite a lot of public service ads and didn’t make much money! Had to find an AdSense alternative.

I tried Clicksor on the jokes site and enabled pop ups which almost competed with previous AdSense revenue (was really spammy compared to AdSense and it was pop ups that made about 70% of the revenue), but I would see Trojan and malicious code warnings from Avast when the pop ups loaded and Google penalized the site** for this: in March 2010 traffic dropped to around 2,000 visitors a day, removed Clicksor from the site about a week later and a week or so after removing Clicksor the traffic not only recovered, but increased from the previous ~7,000 visitors a day to the current ~9,500 visitors a day. So can’t use Clicksor pop ups on this site (any site) because of the malicious code they are allowing their advertisers to show on their pop up ads and the AdSense like ads you get with Clicksor perform poorly!

** I could see from my logs that the site had been visited a lot of times from Google IPs which strongly suggests the site had had a manual Google review. Interestingly it wasn’t over one day, but weeks, presumably checking if the problems had been fixed and when they found the pop ups had been removed (which removed the malicious code that was loading) the site was reinstated in Google.

No Money in Racist Jokes

I also tried Bidvertiser and they are a bloody rip off! 105,276 impressions with Bidvertiser ads in a high CTR area of the page and I made a massive $3.26 from 16 clicks with a 0.02% CTR!!!!!!! I can not believe from over 100,000 impressions (which would have been around 100,000 visitors) only 16 clicked an ad, when with AdSense and Clicksor the CTR was over 2% with very poor ad to content matching (Clicksor in particular had awful ads, gambling etc…).

Despite being able to generate a lot of traffic to websites and make a fair amount of money from the traffic, I’m the first to admit I’m rubbish at FULLY monetizing my traffic. Currently I’m not making a penny from the ~10,000 visitor a day to this joke site.

So how the hell do I make money from this jokes website?

Any white supremacists out their looking for some ad space maybe :-)

It’s October 2014 and still not found an effective way to make money from racist joke traffic.

Since the joke site doesn’t make any real revenue I’ve ignored it over the past few years and this has had a negative impact on SERPs/traffic. For September 2014 the site has generated around 91,478 sessions, down over 50% over the past 3 years when I first wrote this article.

It was a lot worse earlier this year, the Google Analytics graph below shows traffic from 1st January 2014 to 30th September 2014 (9 months of traffic) and you can see for the first half of the year it was half the traffic I see today: for example no longer top 3 for the Black Jokes SERP, now around 12th: no traffic in page two of Google: that’s what happens when you stop working on a website, links drop off, new competition comes on the scene etc…

Sit on your ass and loose your SERPs long term.

I updated the jokes site WordPress theme from Stallion WordPress SEO v7.1.1 to the Stallion Responsive WordPress SEO Package V8.0 in early May and updated a few of the racist jokes webpages with Stallion keyword phrases (think I updated 2 or 3 posts).

Updating to Stallion Responsive and adding Stallion keyphrases to a few key posts has seen the traffic double and it’s stable traffic.

The joke site really needs some TLC, but it makes no money despite the OK traffic, without making money (think it only makes around $200 a month: I have single webpages on other sites make more than that on significantly less traffic) there’s no point working on the sites SEO. It’s a nice site for testing my WordPress SEO package on though, I should find the time to update more posts.

Update mid October 2014: Found sometime to improve some on-page SEO over the past couple of weeks, basically using the Stallion keyphrases on more posts** and already seeing improvements within days.

** Basically went through Google Webmaster Tools for the top impression pages and added better on-page SEO (Stallion Keyphrases is the big SEO update). By targeting joke pages with most impressions I’m targeting low hanging SEO fruit. If I have a SERP with like cow jokes with 3,500 impressions and a CTR of 4% and I optimize the webpage better (not done that jokes page yet), I could see the CTR increase significantly and with 3,500 impressions with modest increases in CTR could be hundreds of new visitors a month.

Have added an SEO jokes page as well. 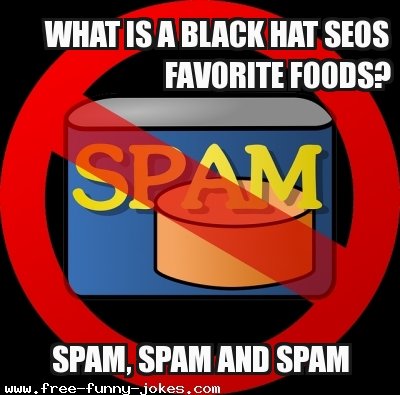